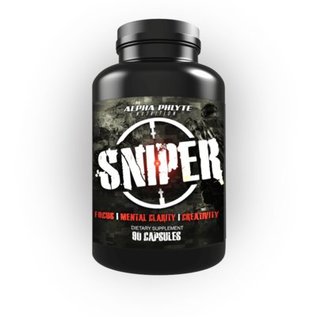 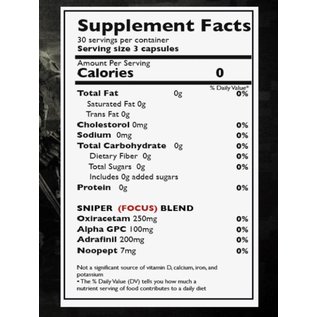 Unlock the above traits with our cutting-edge focus formula, Sniper. The Focus ingredients like the ones we’ve included in Sniper are tried and true chemical compounds that people from all walks of life can effectively utilize to enhance their mental performance during work, school, or in the gym.

Oxiracetam - used for such purposes as enhancing learning or preventing against cognitive decline.

Adrafinil - Adrafinil is a central nervous system stimulant and is directly affects the adrenergic system as well as your catecholamine hormone levels. When you’re under levels of stress or excitement, the adrenergic system releases adrenalin. Adrenalin rushes are completely natural, as they’re an evolutionary response when you feel threatened resulting in your body and mind receiving an extra boost. When neurotransmitters are increased, you experience increased levels of focus and concentration.