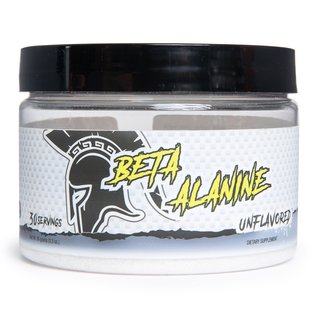 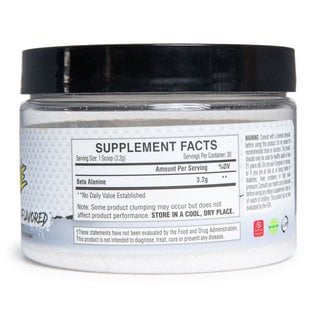 Beta-Alanine is a modified version of the amino acid alanine.

Beta–alanine has been shown to enhance muscular endurance. Clinical doses have been shown to increase maximum output of repetitions during isolation training. Beta–alanine supplementation can also improve moderate- to high-intensity cardiovascular activities such as sprinting, or rowing

When beta–alanine is ingested, it acts as an acid buffer in the body. Beta–Alanine converts to carnosine which is stored in cells and released in response to drops in pH. Increased stores of carnosine can protect muscle tissue against diet-induced catabolism and exercise-induced lactic acid production.

Large doses of beta–alanine may cause a tingling feeling called paresthesia.